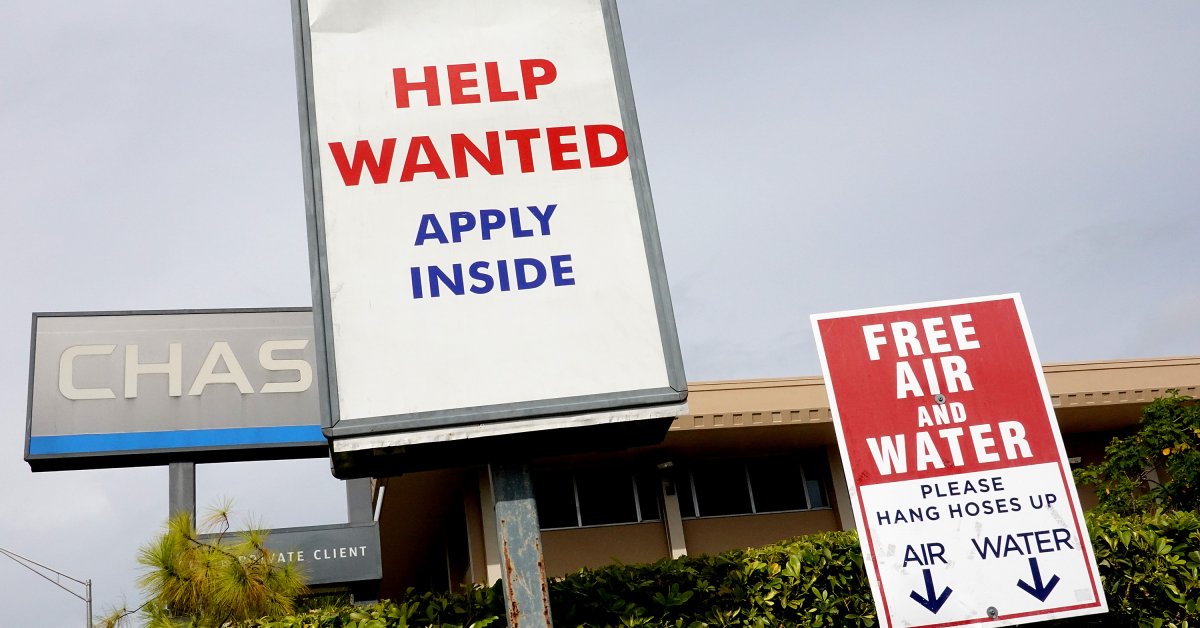 (WASHINGTON) — Wages jumped in the three months ending in September by the most on records dating back 20 years, a stark illustration of the growing ability of workers to demand higher pay from companies that are desperate to fill a near-record number of available jobs.

Pay increased 1.5% in the third quarter, the Labor Department said Friday. That’s up sharply from 0.9% in the previous quarter. The value of benefits rose 0.9% in the July-September quarter, more than double the preceding three months.

Workers have gained the upper hand in the job market for the first time in at least two decades, and they are commanding higher pay, more benefits, and other perks like flexible work hours. With more jobs available than there are unemployed people, government data shows, businesses have been forced to work harder to attract staff.
[time-brightcove not-tgx=”true”]

Higher inflation is eating away at some of the wage increases, but in recent months overall pay has kept up with rising prices. The 1.5% increase in wages and salaries in the third quarter is ahead of the 1.2% increase in inflation during that period, economists said.

However, compared with a year ago, it’s a closer call. In the year ending in September, wages and salaries soared 4.2%, also a record gain. But the government also reported Friday that prices increased 4.4% in September from year earlier. Excluding the volatile food and energy categories, inflation was 3.6% in the past year.

Jason Furman, a former top economic adviser to President Barack Obama, said Friday that inflation-adjusted wages still trail their pre-pandemic level, given the big price jumps that occurred over the spring and summer for new and used cars, furniture, and airline tickets.

Whether inflation fades in the coming months will determine how much benefit workers get from higher pay.

Many economists expect inflation to slow a bit, while wages are likely to keep rising.

There has been much more government stimulus during and after the pandemic recession compared with the previous one, including the $2 trillion financial support package signed by former President Donald Trump in March 2020 and the $1.9 trillion in aid approved by President Joe Biden this March. Both packages provided stimulus checks and enhanced unemployment benefits that fueled greater spending.

Lower-paid workers have seen the biggest gains, with pay rising for employees at restaurants, bars and hotels by 8.1% in the third quarter from a year earlier. For retail workers it’s jumped 5.9%.

The healthy increase for disadvantaged workers “is the result of specific policy choices to give workers a better bargaining hand and to ensure the economy recovered faster,” said Mike Konczal, a director at the left-leaning Roosevelt Institute. “The fact that it’s happening is pretty unique.”

The stimulus checks and an extra $300 a week in jobless benefits, which ended in early September, gave those out of work more leverage to demand higher pay, Konczal said. In addition, the Fed’s low-interest rate policies helped spur more spending, raising the demand for workers.

In August, there were 10.4 million jobs available, down from the 11 million in July, which was the most in two decades.

Millions of Americans are responding to rising wages by quitting their jobs for better-paying positions. In August, nearly 3% of American workers quit their jobs, a record high. A higher number of quits also means companies have to raise pay to keep their employees.

Workers who switch jobs are seeing some of the sharpest income gains in decades. According to the Federal Reserve Bank of Atlanta, in September job-switchers saw their pay jump 5.4% compared with a year earlier. That’s up from just 3.4% in May and the biggest increase in nearly 20 years. For those who stayed in their jobs, pay rose 3.5%.

Esther Cano, 26, is one of those who found a new job that paid more in the July-September quarter. A recent college graduate who isn’t yet sure of her long-term career path, she left a job as a dispatcher at an HVAC firm in Fort Lauderdale, Florida, for a position at the job placement agency Robert Half. She started in July and got a raise of about 10%.

“What I was requesting was lower than what they were willing to pay,” Cano said. “It was a no-brainer on that end, plus the environment, the room for growth, the opportunity.”

Cano has already gotten a promotion to a team leader position, where she helps place temporary employees who work in finance and accounting.

Most economists expect solid wage gains to continue for the coming months. Data from the Indeed job listings website shows that employers are still posting huge numbers of available jobs.

Higher pay can fuel inflation, as companies raise prices to cover their increased costs. But that’s not the only way businesses can respond. Lydia Boussour, an economist at Oxford Economics, notes that corporate profits in the April-June quarter were at their highest level in nearly a decade. That suggests many companies can pay higher salaries without having to lift prices.