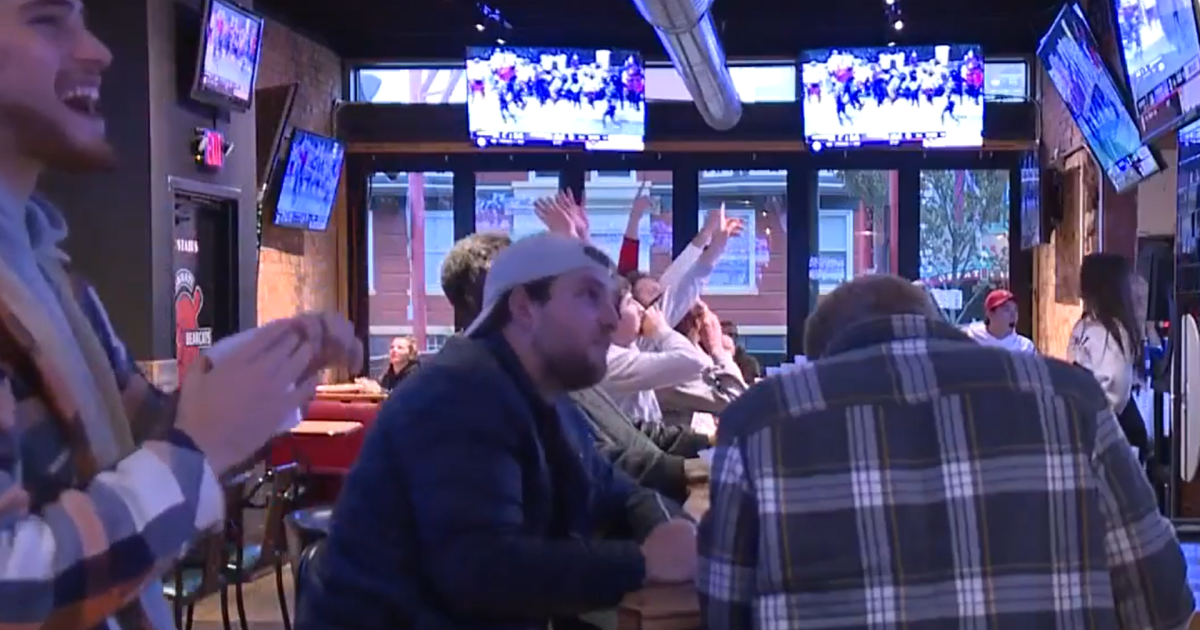 “I’ve been a superfan! I grew up in Cincinnati, I’ve had season tickets since 2006, I don’t even remember the first game I went to — that’s how big of a superfan I am,” Joseph Kelly said.

Kelly, a junior at UC, watched the team play East Carolina with his friends on Short Vine — a staple for students and alumni.

“It’s awesome, I couldn’t have been in school at a better time,” Kelly said.

A few East Carolina fans did sneak into the watch party — including Byron Walton’s nephew.

“Hey, it’s a holiday weekend,” Walton said. “We have a lot of family in from out of town, it’s so great to get everyone together.”

Walton said the two have a nice rivalry, though his nephew admitted he was nervous to go to bar. While they are not on the field, fans felt the pressure for the Bearcats to complete a perfect regular season — especially with the College Football Playoff on the line.

“We came out of the gate slow,” Walton said. “You can feel the anxiety, you can feel that weight, but once that settles…the team does what they do.”

And what they did was win. Now, Bearcats fans are hoping the team wins the AAC championship Dec. 4 in hopes of becoming the first team outside of a Power Five conference to compete in the four-team playoffs.