An unvaccinated Tennessee woman has died from COVID-19 after a month-long battle with the virus that even required her to give birth prematurely.

Amanda Perry, 36, of Dickson County, Tennessee, succumbed to Covid on Monday, according to her family.

She had not been immunized against the virus, though reportedly planned to get the jab after she had given birth.

Perry’s family says she had suffered multiple miscarriages in the past and feared the vaccine would trigger another one.

Pregnant women are among the least vaccinated populations in the U.S. despite being among the groups at highest risk of severe illness and death from COVID-19.

Amanda Perry (right), 36, died of COVID-19 earlier this week after fighting the virus for over a month. Her husband Billy (left) temporarily relocated to Richmond to be near her during treatment. Pictured: Amanda and Billy Perry 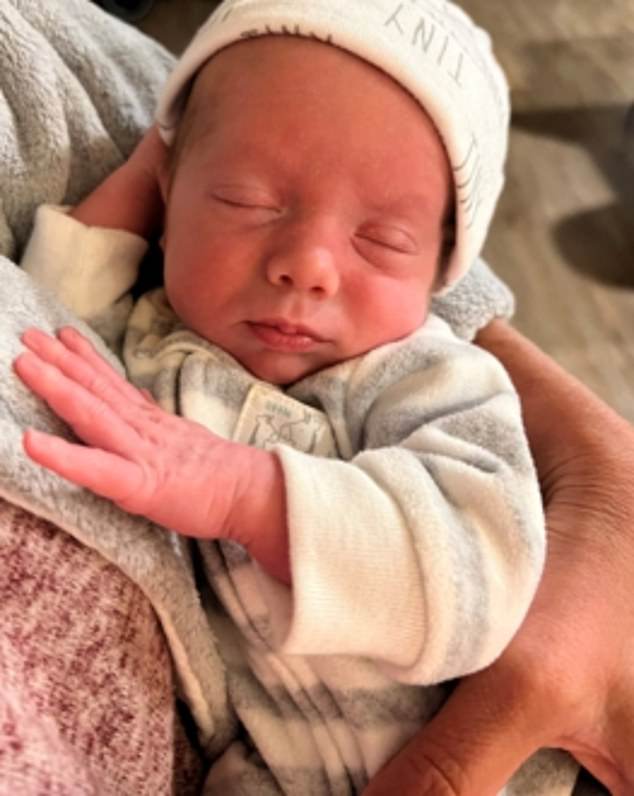 Perry was 32 weeks pregnant when she contracted the virus, and required an emergency C-section to give birth to her son Nolan (pictured)

‘To know Amanda was to love her,’ wrote Elizabeth Ratliff, a high school friend who organized a GoFundMe account on the Perry family’s behalf.

‘Her smile was contagious. Her warmth and kindness were felt by all who crossed her path. She truly had the sweetest soul and most tender heart.

‘The love she had for her children and being their momma was boundless and evident in everything she did.’

Perry was 32 weeks pregnant when she was hospitalized with Covid pneumonia on September 15, her husband, Billy, told WKRN in Nashville.

Doctors at TriStar Centennial Medical Center in Nashville performed an emergency C-section on Amanda to save her baby. 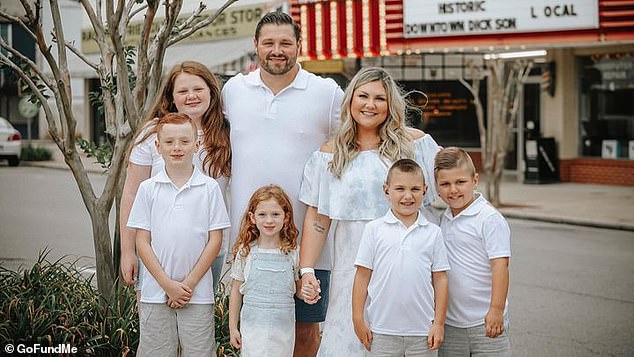 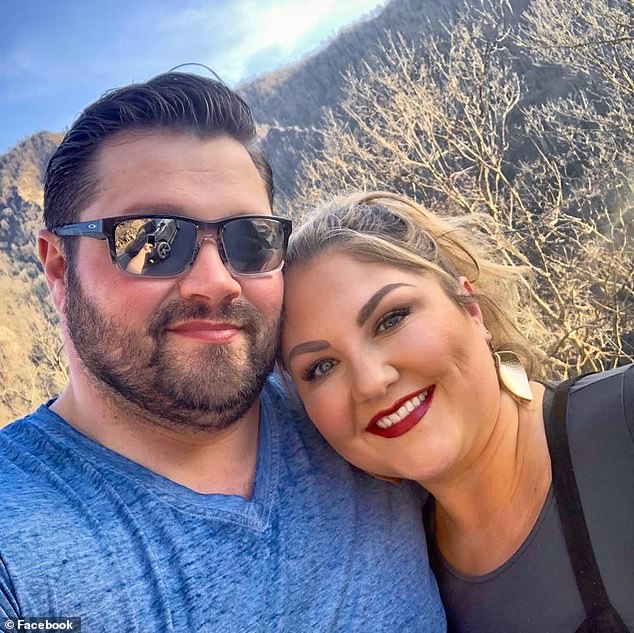 Amanda (right) tested positive for COVID-19 a month ago, and was quickly hospitalized and transferred from Tennessee to Richmond, Virginia, for treatment. Pictured: Amanda and Billy Perry

The hospital was facing capacity issues, though, and she had to be airlifted to another facility in Richmond, Virginia, where she was placed on a ventilator.

Billy traveled to Richmond to be with his wife and lived in a nearby apartment temporarily, a GoFundMe for the family reports.

Amanda’s symptoms included a high fever, mastitis (an inflammation of breast tissue), bacteria in her blood and a collapsed lung.

‘Covid’s a killer. You hear about it on TV all the time, but it never really hits home. Yeah, somebody you work with might get Covid but you don’t know anybody that’s having their whole world ripped apart because of it.

‘Then when it happens, it’s awful. It came out of nowhere and it happened so fast.’ 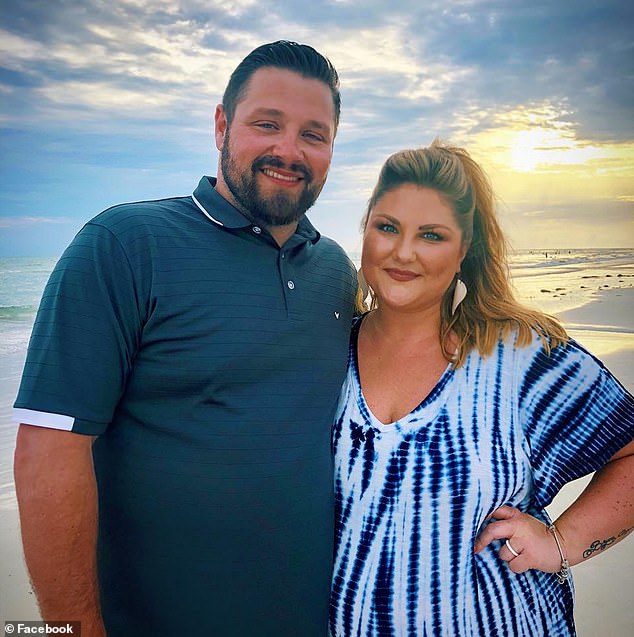 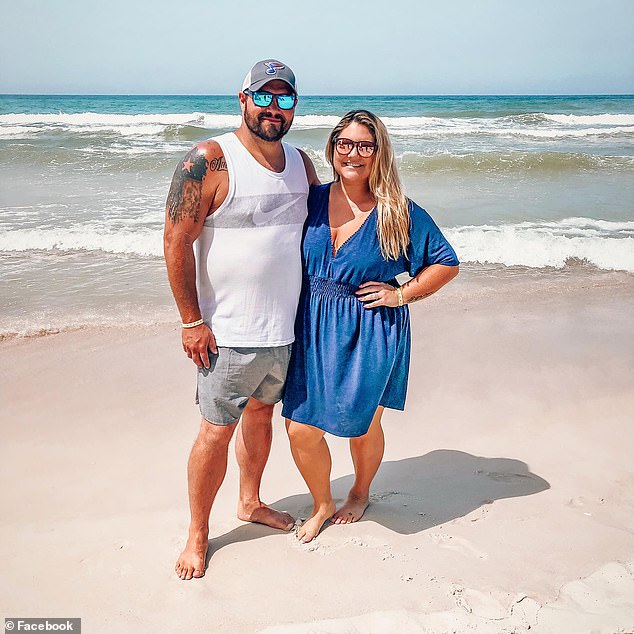 She (right) required an emergency premature delivery due to her deteriorating condition cause by COVID-19. Pictured: Amanda and Billy Perry

Once he realized his wife was not going to make it, Billy flew in Amanda’s mother to say her final goodbyes.

On Sunday, Amanda’s condition deteriorated to the point where her death was inevitable, doctors told the family.

Billy, wanting his wife to die a painless death, elected to have the tube in her throat that was keeping her alive removed.

She would die a later, ending a battle with COVID-19 that lasted just over a month.

‘I wish we had talked more about getting the vaccine,’ Billy told Newsweek.

‘We weren’t against it. We weren’t anti-vax. When you’re pregnant what do you do? There’s not much research out there. She was freaking scared.’

Pregnant women are among the least vaccinated demographic in America, but are are among the highest risk of complications from Covid.

Despite being at an increased risk of sever complications from the virus, less than 35% of pregnant women in America are vaccinated for COVID-19

According to data from the Centers for Disease Control and Prevention, less than 35 percent of pregnant women in the U.S. are vaccinated.

Studies have found that the vaccine is safe and effective for pregnant women, despite initial concerns by some health officials.

Pregnant women who do contract the virus are in potentially grave-danger, though.

A study published in October found pregnant women with symptomatic cases of COVID-19 are at an increased risk of requiring an emergency deliveries and their newborn child is significantly more likely to need additional medical care after birth.

They are also at an increased risk of dying before childbirth, a study from the United Kingdom finds.

Perry, like many other pregnant women, was hesitant to get the shot, though.

She is survived by her husband, and two children she had from a previous marriage.

Billy also had three children from a previous marriage that Amanda helped take care of.

Nolan, the newborn, is their only child together. 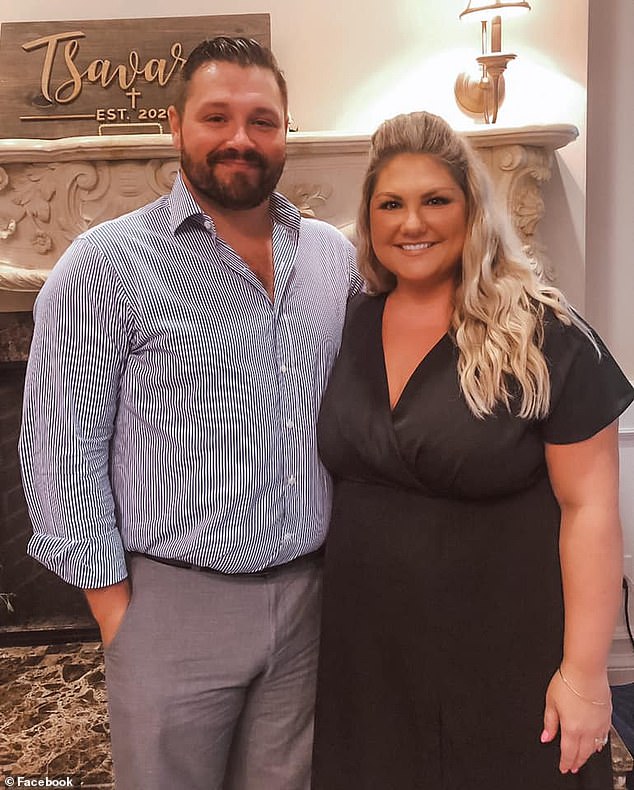 Amanda (right) was unvaccinated, though she planned on getting the jab after she had given birth, according to her husband. Pictured: Amanda and Billy Perry

‘The love she had for her children and being their momma was boundless and evident in everything she did,’ Ratliff wrote.

‘She loved nothing more than being a mother to her boys and a wife to her husband. Amanda and Billy prayed for years for another baby, and she was over the moon when she became pregnant with baby Nolan.

‘Her unwavering love of Billy and their family was unmatched.’

The GoFundMe page organized to support the family after Perry’s death had raised nearly $40,000 of the $50,000 goal since it was created three days ago.

Amanda and Billy had join custody of the two children from her previous marriage, and her ex-husband hopes to regain custody of his kids.

Currently, a court date is set for December 21 to decide whether Billy or the ex-husband will get custody.

The two children are currently in the custody of Amanda’s mother, Carlene.