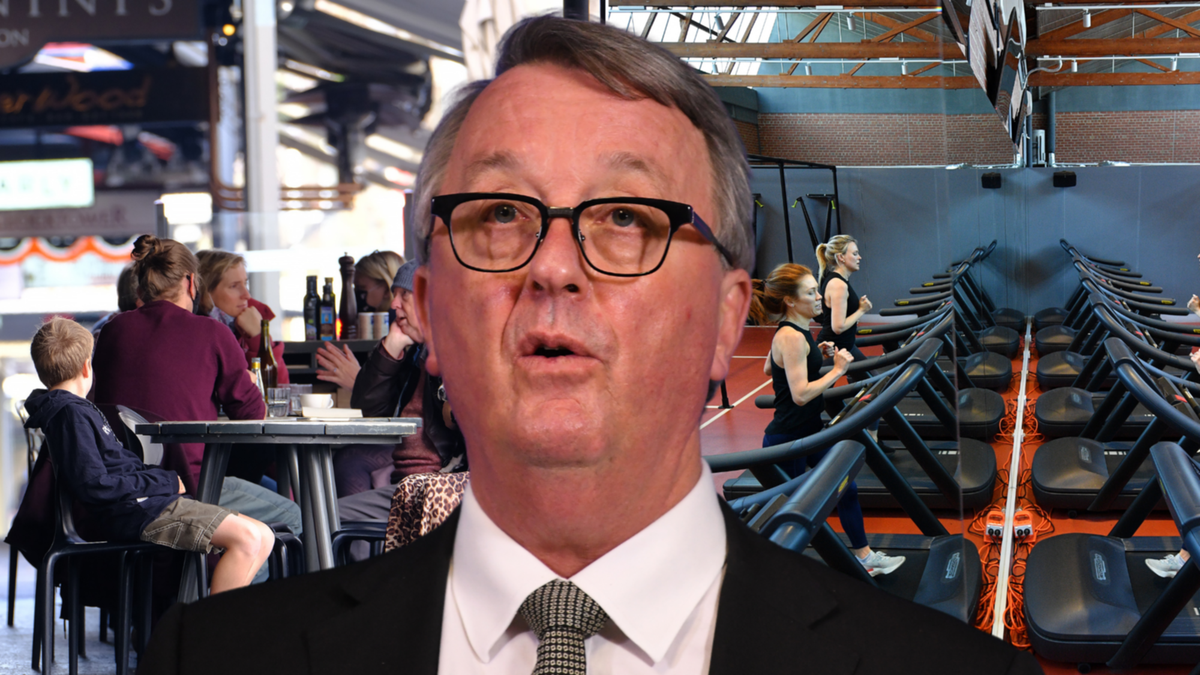 Neighbourhood vaccination clinics will pop up at cafes, shops and gyms to ramp up COVID-19 inoculation coverage in Victorians.

The first will open at a cafe in Mernda Junction on Wednesday with more to follow.

“These neighbourhood pop-up models are designed to support Victorians to get access to vaccine, Pfizer in particular, in the most convenient, familiar and easy to deal with locations,” Health Minister Martin Foley said on Wednesday.

The extra vaccination push comes as Victoria records its deadliest day of its third wave, the Royal Children’s Hospital reveals a COVID-19 scare in its neonatal unit and a regional shire moves out of lockdown.

Victoria has recorded 1571 new locally acquired infections and 13 deaths, taking the toll of the current outbreak to 114.

The latest deaths are nine men and four women, aged from their 50s to 90s.

There was also one new case acquired from overseas and 79,200 tests processed on Tuesday.

The health department on Wednesday confirmed there are now 19,861 active infections across the state.

More than 38,000 Victorians received a COVID vaccine on Tuesday at a state-run hub.

Visitors to the Royal Children’s Hospital will now have to undergo rapid antigen testing after a potentially infectious parent visited the newborn intensive care unit.

Hospital chief executive Bernadette McDonald told reporters a father visited the unit on Thursday and Friday last week and returned a positive result on Monday, notifying the hospital that evening.

Of the 29 babies in the unit at the time, two are tier one close contacts and the remainder are tier two, with the infants and their families all now isolating. No transmission to the babies has yet been found.

Ms McDonald said while the numbers varied, on average there were about five patients at the children’s hospital with COVID-19 at any one time, treated in negative pressure rooms.

The hospital’s cancer ward was exposed to the virus at the beginning of this month, when a patient’s parent tested positive for COVID-19 after visiting over at least four days.

Elective surgeries will be paused from Thursday as the state prepares for an influx of coronavirus patients in coming weeks. Currently there are 705 people in hospital, of which 146 are in ICU including 92 on a ventilator.

Victoria is also seeking to recruit up to 1000 healthcare workers from outside Australia to help the system cope as virus patients grow.

As of Tuesday, almost 60 per cent of Victorians aged over 16 were fully vaccinated, while 86.7 per cent have received one COVID-19 vaccine dose.

The state government has also been drafting specific pandemic laws to replace the current state of emergency powers, which expire on December 15.

Reason Party MP Fiona Patten told reporters at parliament she is hopeful the laws will give Mr Foley the power to sign off public health orders rather than the chief health officer, like in NSW.

“Any legislation needs to be accountable, it needs to be transparent, and I think we’re hearing murmurings that will be the case,” Ms Patten said.

Following concerns poppies will not be able to be sold ahead of Remembrance Day on November 11, Veterans Minister Shaun Lean has confirmed the annual fundraiser will be able to go ahead once the state hits 70 per cent double-dose vaccination.