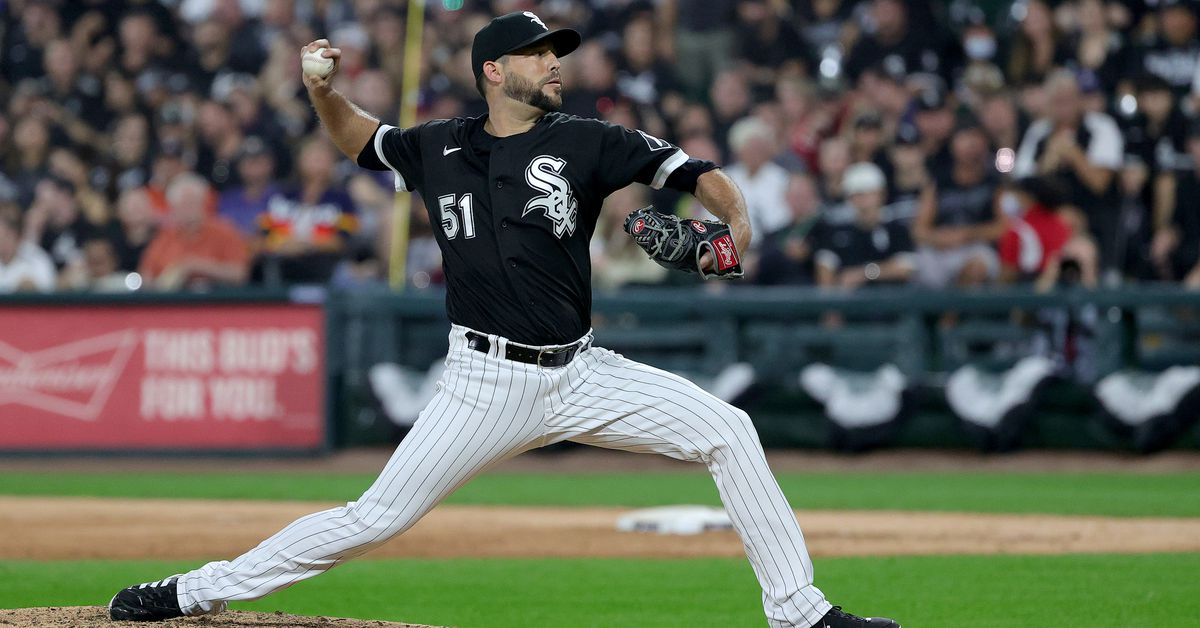 White Sox reliever Ryan Tepera had some thoughts after the White Sox’ 12-6 victory over the Astros in Game 3 after Houston had a much tougher time against Sox pitching away from Minute Maid Park.

The Astros’ sign-stealing scandal was one of the biggest stories in baseball two seasons ago and it only took three games in the ALDS for Houston to come into question again.

“I mean, it is what it is,” Tepera said after the game. “They’ve obviously had a reputation of doing some sketchy stuff over there. We can say it’s a little bit of a difference. I think you saw the swings and misses tonight compared to the first two games at Minute Maid.”

Houston’s offense is one of the most difficult to strike out in the big leagues and struck out a combined 16 times over the first two games of the series on 32 swings-and-misses.

But White Sox pitchers were more effective in their Game 3 victory over the Astros. They struck out 16 batters — a franchise postseason record. They recorded 22 whiffs in Sunday’s victory.

After calling out Houston for potentially doing something in Houston to gain an edge at the plate, Tepera didn’t want to put the spotlight on his comments.

“That’s not really the story,” he said. “We come here to play. We’re going to compete, we’re not going to worry about what they’re going to do. All we have to do is execute pitches and they can’t hit ‘em anyway.”

Buckle up for Game 4.