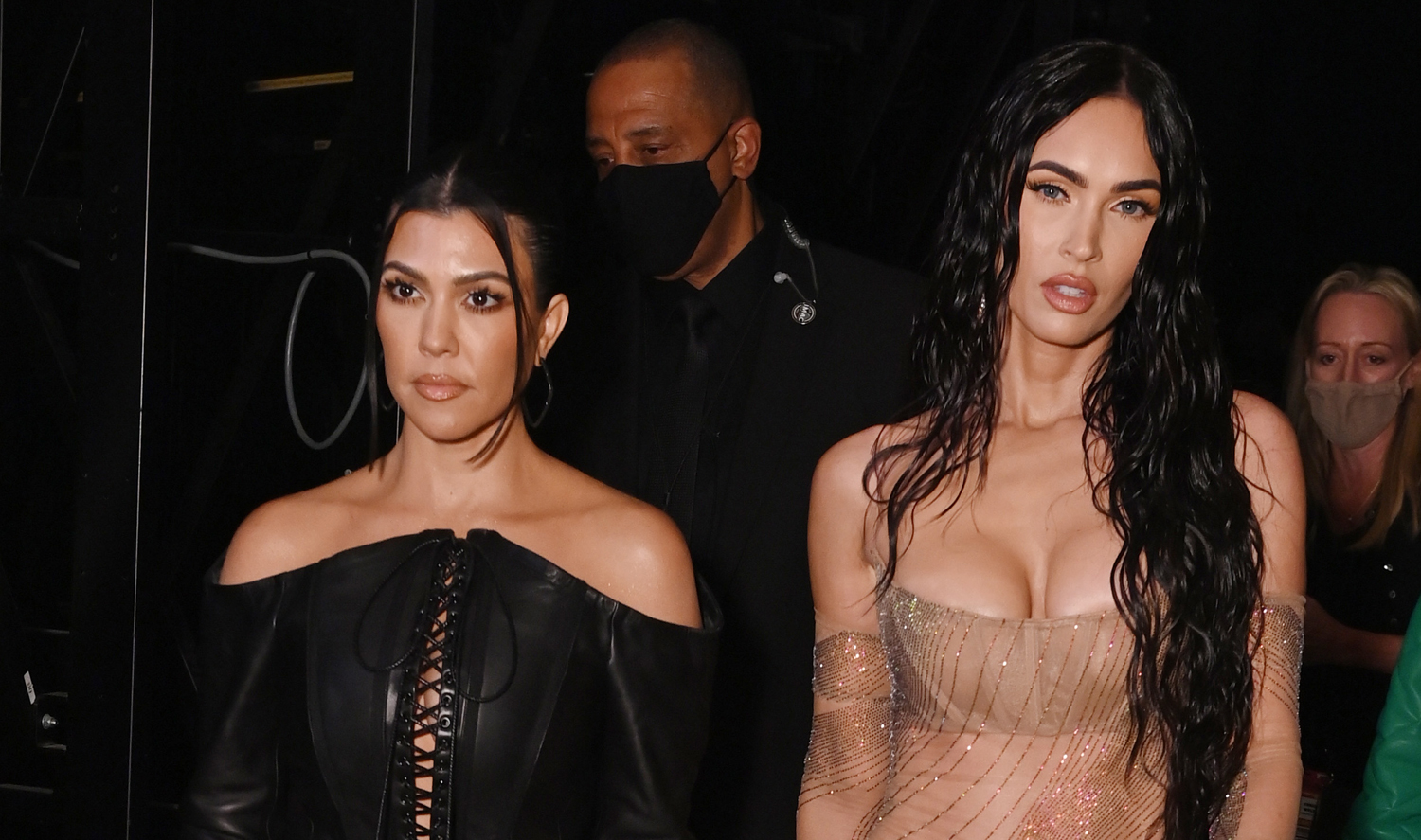 Everyone is talking about Megan Fox and Kourtney Kardashian‘s appearance together at the VMAs!

The 35-year-old actress and the 42-year-old reality star presented the final performance of the night at the 2021 MTV Video Music Awards on Sunday night (September 12) at the Barclays Center in New York City.

You’ll never believe what they said about their guys while on stage!

“I’m a huge fan of this next performer. I’ve watched him grow, and not just as an artist, but also as a person,” Megan said about MGK.

Kourtney then added, I’m a fan too, and I think his drummer is super hot,” referring to Travis.

Megan closed out the introduction with the line of the night: “New York, I need you to get extra loud for our future baby daddies.”

All four of the stars have their own children and it’s not known if either couple is expecting yet.

Megan wore a completely sheer dress on the red carpet!