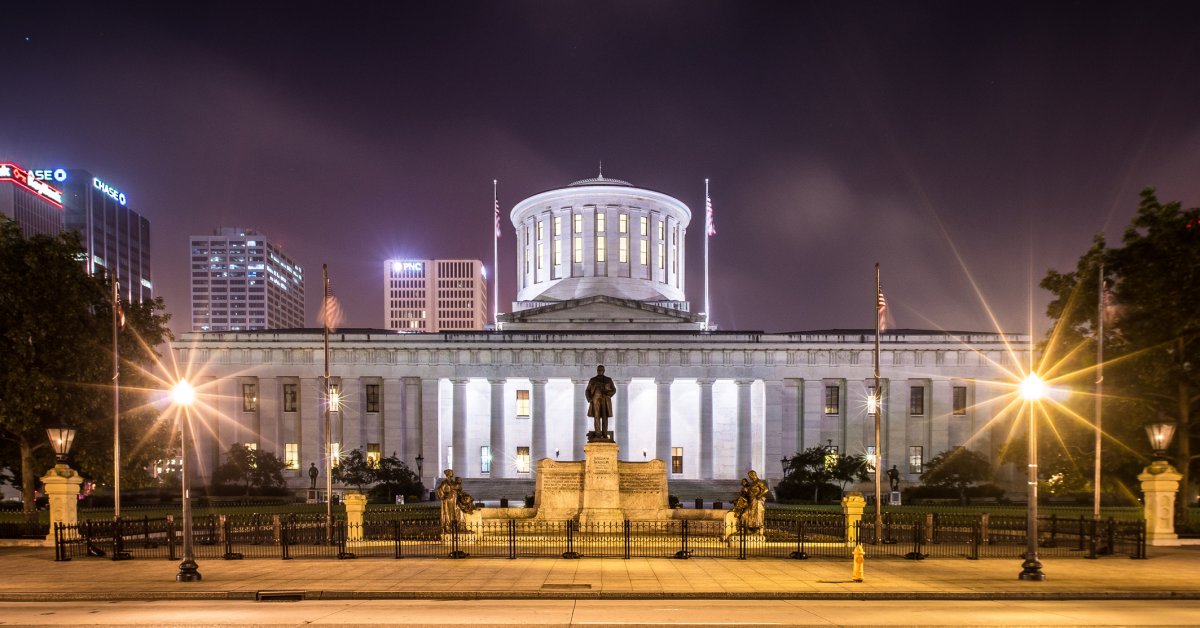 This article is part of the The DC Brief, TIME’s politics newsletter. Sign up here to get stories like this sent to your inbox every weekday.

It’s easy to look at Washington and shake your head about the partisan sniping and political dysfunction that’s found around every corner in these marbled halls of power. But D.C. might not be the pinnacle of America’s problems. In fact, that dubious distinction may lie with government buildings scattered in cities like Sacramento and Tallahassee, Boston and Austin.

That’s right: for all of the grief that D.C. rightly receives for its political petulance, the state capitals might actually outperform the U.S. Capitol when it comes to politicians acting in self-interest, ignoring the will of the majority and pushing an agenda set in corporate boardrooms and not local communities.
[time-brightcove not-tgx=”true”]

So bad, in fact, is the disconnect between the popular agenda and the political one at the state level that one former chairman of the Ohio Democratic Party has rightly lampooned it in a new non-fiction book published this week, Laboratories of Autocracy. The book keeps pace with David Pepper’s earlier works, political thrillers that hit a little too close to home for anyone actively following campaigns in America. He’s an avowed Democrat and an unsuccessful two-time candidate for statewide office, but his observations aren’t partisan hackery.

The D.C. Brief talked with Pepper this week about the book, Ohio’s future as the nation’s blue-ribbon bellwether and how former President Donald Trump’s Big Lie planted a lot of seeds in state legislatures. The conversation has been lightly edited for length and clarity.

DCB: So much attention is paid to the dysfunction here in Washington. The book makes a compelling argument that the bigger threat to competent governance is actually at the state level. How did statehouses become more toxic than the U.S. Capitol?

Maybe statehouses have always been a weaker, less functional part of American governance. But what’s happened in the last 20 years is a combination of extreme partisanship, gerrymandering and a number of groups that have really glommed on to that weakness to make it far more impactful nationally.

You make the point about the weakening of the statehouse press corps—that no one is minding the store. What are the consequences?

I think Ohio actually has probably one of the stronger state press corps. Even so, it’s not nearly enough to keep up with the chaos that’s coming through that statehouse. You average a handful of reporters per statehouse and it’s just overwhelming. They can’t keep up. And it’s exactly what the people who are weaponizing statehouses are counting on. It would get a lot more attention in Washington, but they can get away with it in most states because the statehouse press corps is so reduced.

What’s the other thing that happens when you cut back on newspapers? We’ve seen it in Cincinnati. You get rid of the columnists and you cut your ed boards down to nothing. A columnist with a 30-year standing to call out something crazy? Those independent opinions are also disappearing as newspapers are cut back.

Look at what the Ohio statehouse is doing in the current redistricting process. It is insane. They’re missing all the deadlines. They’re rewriting the standards. I think the courts are going to in the end step up. The excuses they give to the press are clearly lies, but they’re quoted and printed. If you had a bunch of editorial boards just powering away, I think you get a lot more of this nonsense called out.

You observe that interest groups and corporations are finding a really good return on investment at state legislatures. It seems in your assessment that mostly benefits Republicans. Why aren’t Democrats getting in on this action?

The weaknesses of statehouses are on all sides. You do have Democratic states with capital cities that don’t meet all the standards of good government. But [Republicans] are careening off into this very anti-democratic direction. They use Democratic statehouses as excuses for what they do. Whenever I would point out a problem with an Ohio law, the Secretary of State here would say, Well, we’re better than New York state. And so one of the things I call upon in the book is if Democrats are in charge of the statehouse, they need to do it right. It’s literally the first thing they’ll say—to find a state that’s run by Democrats that they can compare to.

Sticking with that threat to democracy here. Now that some of these state legislatures’ imaginations have been captured by President Trump’s Big Lie and Jan. 6., I really wonder why we might even bother voting in 2024 if we know how this is going to play out in statehouses.

The Big Lie wasn’t the beginning. The Big Lie is one more excuse for what they’ve been doing. If you look at 2010, they found every reason that they lost in 2008 and they tried to change the rules to correct for why they lost. And that’s what they’re doing in 2021. In Ohio, it was early voters, young voters, Black voters, and they want to do whatever they can to destroy that coalition.

What they’re doing in statehouses actually has more impact than what happened on Jan. 6. There were some statehouse members participating in Jan. 6 and there are others that are part of Stop the Steal, but it’s the work they’re doing as officeholders back in their state capitals that’s actually more dangerous than anything they were doing that day.

The most troubling part is when what they’re doing has an air of legitimacy. What’s different about what’s happening in statehouses versus Jan. 6 is that that was an instruction that on its face looked illegitimate. The laws they’re passing in statehouses trying to change the rules, that seems to be legitimate to a lot of voters. It feels like, OK, well, they are elected. They’re supposed to do that. It’s leaving an impression of legitimacy that shouldn’t be there.

You pretty compellingly dissect Ohio and its corruption and its problematic governance. The Ohio House last year had to remove a Republican Speaker while he faced a $60 million kickback scheme for a nuclear-plant bailout. A Democratic Attorney General a few years earlier resigned in a sordid sex scandal. I mean, USA Today was probably right when it said Ohio was the most corrupt state in the country.

But Ohio is also key for a lot of the country. Ohio is the bellwether of our politics. Is Ohio’s corruption representative of what’s going on in other places, but just more in-your-face? Or is Ohio an outlier?

It’s a bellwether. If it can happen to a state that has been the bellwether and voted for Obama twice, as recently as ‘12, it should scare everyone in the country because it can happen anywhere.

If you throw in a certain set of incentives into the institutions of statehouses, you get the same results, no matter what state you’re in, and no matter who’s actually in those offices. And if you’re benefiting from that system, you’ll do whatever you can to keep it in place, which is why they’re doing all these changes and attacks on elections. There’s a revolving door of these people, but the behaviors are the same.

An entire generation of political majorities in these statehouses have never really experienced democracy. Most of them who are in control have not really been through elections. They haven’t lived through it. Because of that, they’re scared to death of them and everything they’ve done to live in the world of gerrymandered and rigged elections is to get ahead. The only way to keep power is to avoid the democracy they’ve never been part of.

I want to come back to a conversation you and I had after 2016 about Ohio’s politics. You were making a very strong case that Ohio is not a Red State, that Ohio remains a swing state if the map were drawn fairly and Democrats were given a fair shot. Do you still believe that’s the case?

A good Democrat can win. But things change depending on the cycle. Trump won here twice, but we also voted for Obama. But are we governing like a swing state? Absolutely not. We’re governing like a rigged state of a super-majority of people who haven’t ever really been in elections. Even in a state that is somewhat close, the governance of that state is off the rails because of all the other levers that they use to really make the statehouse extreme.